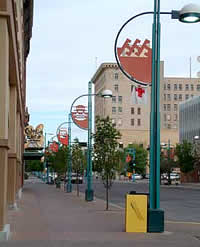 The City of Albuquerque, centrally located at the crossroads of two interstate highways, is New Mexico's largest city by far. Albuquerque accounts for nearly 75% of the four-county region's population, and 64% of employment. Since 1960, the city has grown 178%, and stretches from the Sandia Mountains on the east to the historic volcanoes on the west.

Albuquerque is home of the University of New Mexico (UNM), the state's flagship university; Sandia National Laboratories; and Kirtland Air Force Base (KAFB). The city has three science and technology parks to capitalize on these assets.

Transportation is a strength, with two interstate highways, commuter and freight rail, an international airport, a general aviation airport, city-wide transit service, as well as a healthy network of bike lanes and trails. 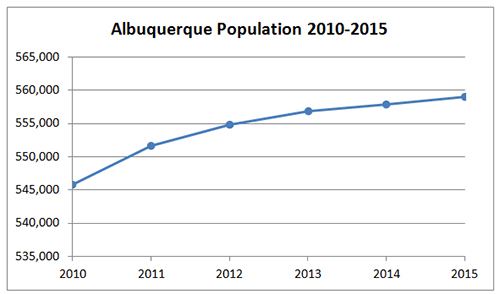 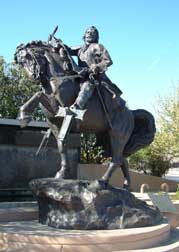 Albuquerque's economy is a diverse mix of service providers, retail, high tech and manufacturing. It accounts for about one-third of the state's tourism, and hosts the internationally known Albuquerque Balloon Fiesta in October. Albuquerque is nationally recognized as a movie town, with Albuquerque Studios, along with a 50-acre complex that boasts nine sound stages. Kirtland Air Force Base, located in southeast Albuquerque, is the third largest installation in Air Force Global Strike Command and sixth largest in the Air Force. The base occupies 51,558 acres and employs more than 23,000 people, including more than 4,200 active duty and 1,000 Guard, plus 3,200 part-time Reserve personnel. Kirtland AFB's economic impact for 2000 on the City of Albuquerque was over $2.7 billion.

Founded in 1706 and named for a Spanish Duke, Albuquerque began as a farming community of Spanish settlers. After the Mexican War and American annexation in 1846, the government established a military outpost in Albuquerque. The first period of major growth came with the arrival of the railroad in 1880. After 1940, Albuquerque became a center for national defense research. Kirtland Air Force Base was established on the outskirts during World War II.