Corrales has been a farming village and an artist's colony, becoming an affluent Albuquerque suburb as the urban area grew closer to the rural village. Corrales developed along the Rio Grande, and has preserved its historic character and rural setting, while welcoming shops, art galleries, spas, fine restaurants, and bed and breakfast inns.

In 1710, the Spanish Governor of New Mexico awarded a grant of 106,274 acres, later known as the Alameda Land Grant, which was sold two years later. The new owner's extensive corrals, built on the west side of the river - Los Corrales de Alameda - gave the settlement its name. Corrales became a farming village. After World War II, artists and writers discovered what the farmers had long enjoyed about Corrales. 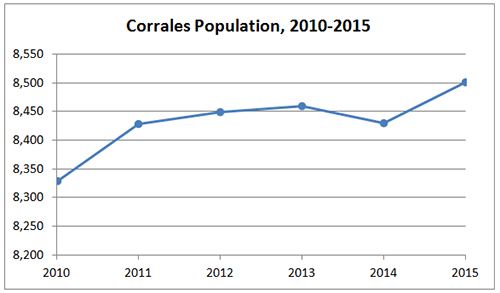