This map illustrates the indirect impacts of creating 100 professional, scientific, and technical services jobs in each of the seven MRCOG sub-regions and the rest of New Mexico. Each sub-region was run individually, and estimates were produced using outputs from the Regional Economic Models, Inc. (REMI) PI Plus model.

This also results in indirect job creation in other sub-regions (47 jobs), primarily in West Albuquerque (13 jobs) and the rest of Bernalillo County (19 jobs).

Note that indirect job creation of less than 10 jobs is not shown in the graphic. 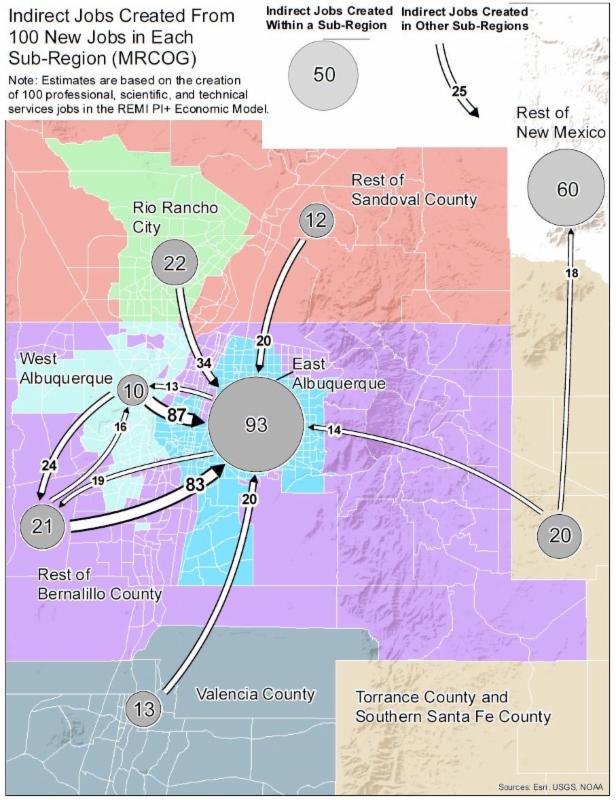